The £28 million carbon capture and power generation plant – a joint venture between Landmark Power Holdings and Victory Hill Capital Advisors LLC – represents a commitment to power generation projects in the UK, with the first located in Rhodesia, Nottinghamshire.

The Rhodesia plant is the first to be developed under Landmark Power Holdings’ FlexPower Plus concept for flexible power generation with natural gas-powered engines and waste heat recovery, for increased energy efficiency and carbon capture technology.

“There are over 40,000 people in Worksop, and once operational, this site will have the capacity to provide power for approximately 25% of those living in the area," explained Mick Avison, founder and managing director of Landmark Power Holdings.

"Household energy will be created using natural gas, while the plant will capture and turn waste into food-grade carbon dioxide, sold through a food-grade CO2 offtake agreement with BUSE Gas Solutions – one of the global leading suppliers in the industrial and speciality gas markets.”

The project is expected to go into commercial operation in Q2 2023 and will produce highly efficient flexible power, which will help secure the supply within the UK electricity grid and contribute to the growth in renewable generation capacity.

Capable of powering 9% of the properties in Bassetlaw, chairman of Bassetlaw District Council, Madelaine Richardson said: "Having the first decarbonisation power plant is a great asset for us. Partnerships and investments such as these are important for sustainable outcomes, plus making the most of the waste products is of particular interest to me, as I continue to explore how we better tackle the challenges of all forms of waste, in our area."

John Smith co-founder and joint chairman of Smith Brothers concluded: “This carbon capture project is the first of its kind in the UK and represents the future of power generation – if we’re to achieve our nation’s sustainability ambitions. This week's breaking ground is a milestone moment, and we’re proud to be part of the powerhouse of organisations which are committed to delivering on this vital scheme.”

Eleanor Fraser-Smith, head of sustainability at Victory Hill Capital Partners added: "Victory Hill is committed to working towards the UK's energy transition goals, and projects such as this are imperative for us to secure a net zero future. We plan to be good neighbours throughout the construction and operation of this project, and look forward to putting Worksop on the map for being a leading light in the future of power generation." 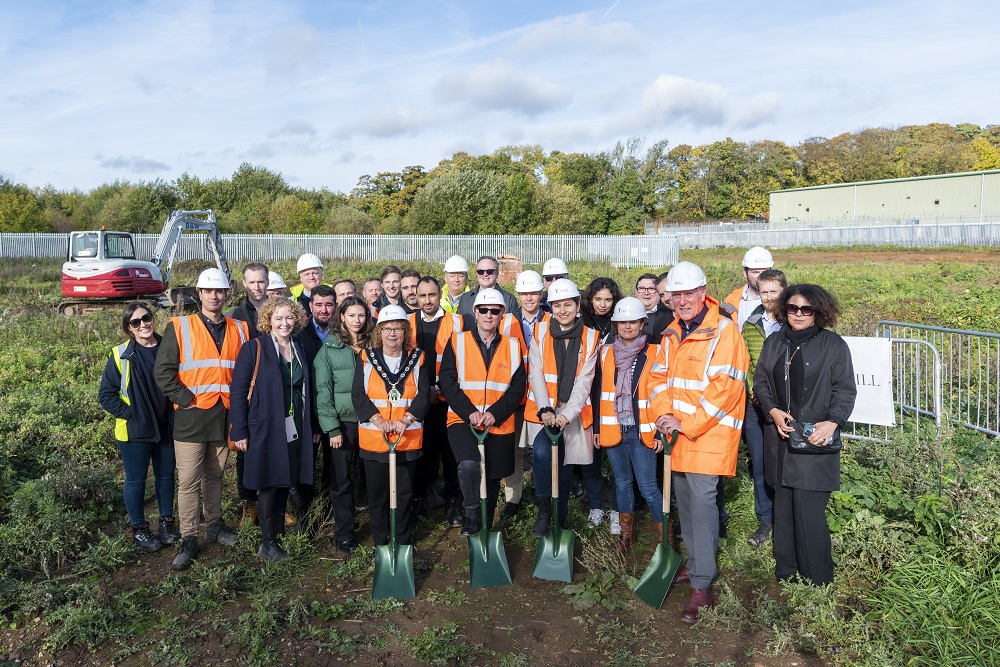 Under the scope of works, Smith Brothers will provide full turnkey EPC construction services in relation to the combined heat and power plants, which will bring together high-efficiency, gas-fired engine technology as part of the new 10MW, 33kV Western Power Distribution (WPD) connection.

Back to Press Room

Huddersfield-based Scriba PR has invested in wordsmiths of the future, with a donation of £8,000 to children’s literacy charity, Grimm & Co.

Four new crewmates hop aboard at The Bigger Boat

Five most compelling reasons yet for laundries to love linen longer, detailed in new white paper from Regenex