The UK broadband scene is bursting with promises of supersonic, ultra-fast, gigafast, full fibre broadband – but don’t you ever just wish you could enjoy broadband as it should be? Our client, BeFibre, is here to do just that.

Ever since we started working with disruptive Internet Service Provider (ISP), BeFibre, in late 2021, we knew we wanted to set a ‘One Minute Brief’ – because if anyone had the power to bring this brand to life in style, it’s the OMBLES.

With a raft of USPs and angles to choose from, we eventually settled on a brief which answered BeFibre’s core value proposition – to raise awareness of ‘Broadband as it should Be’. 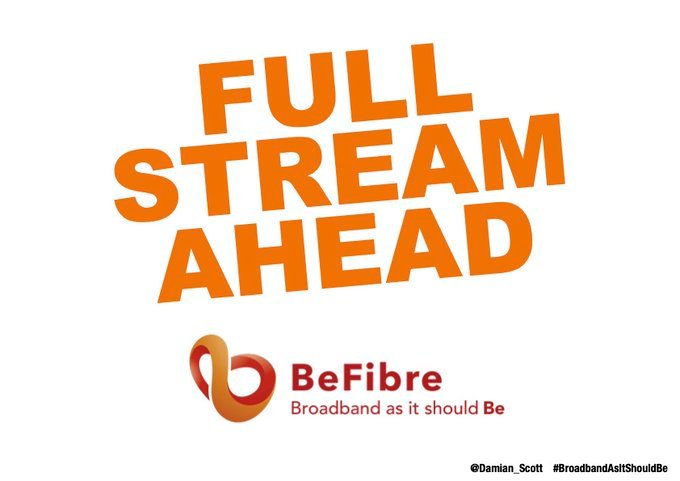 BeFibre’s messaging is bold, brave, and (admittedly) a little bit cheeky, so it was great to see so many of the OMBLES’ posters, billboards, memes, sketches, and headlines hitting the mark and sparking ideas for long-running brand campaigns – even if we did view a few of them from behind our screens!

We've got to admit, we were really, really excited to see our hashtag trending on Twitter, too.

Striving to be known as the broadband provider that keeps its promises, the disruptive Alt-Net is on a mission to provide full fibre broadband access to 1,000,000 UK premises, over the next six years – across 80 towns and cities – and the OMB community certainly helped to spread the word. 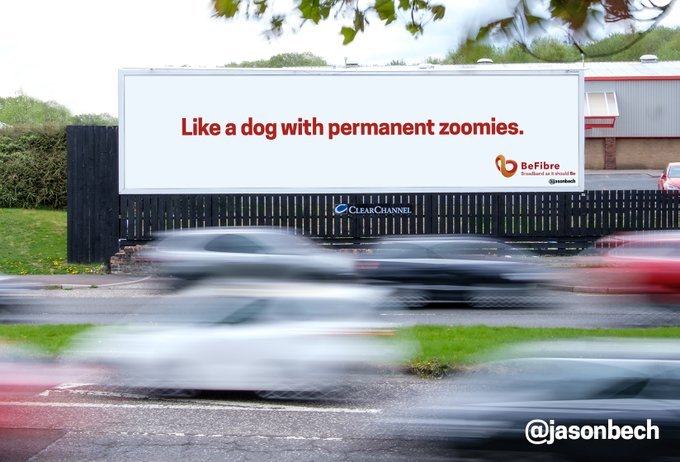 Clocking up over 250 entries (see them all here), many of which we could see forming part of BeFibre’s next social media or 'out of home' campaign, we managed to whittle it down to a shortlist of 25, before settling on our top three – after much debate.

Each of the top three could have feasibly formed part of our next campaign, but the clever wording of Matt Oakley’s adverts saw him pip the others to the post. We’re hoping to work with him (and some of the other OMBLES) on the next BeFibre campaign, too – watch this space! 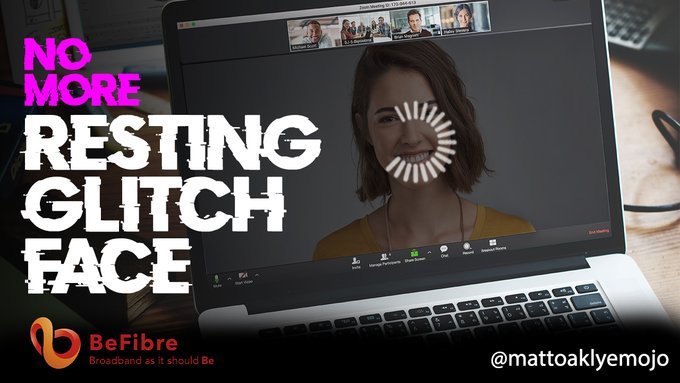 Back to all Words

Spark up conversation with… Louise Jaggar

Hot off the press in April!

Using words to define your brand